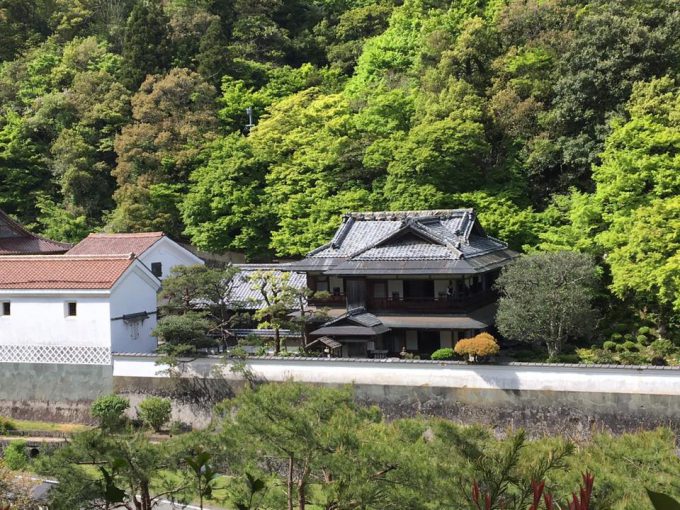 The Sasagadani Copper Mine was designated as an imperial fief (feudal land given to vassals) by the Tokugawa Shogunate in the Edo period (1603-1868).

Under the administration of the Omori Silver Mine, the Hori Family was appointed as the copper mine’s senior official. Since then, 300 years and 17 generations of the Hori Family deeply etched it mark into history.

The main house was rebuilt following a fire in 1785. The front stone wall is 82m long, made by carefully put together cut stones, and is known as a “stone wall constructed so tight and close, not even an ant can pass through it”. 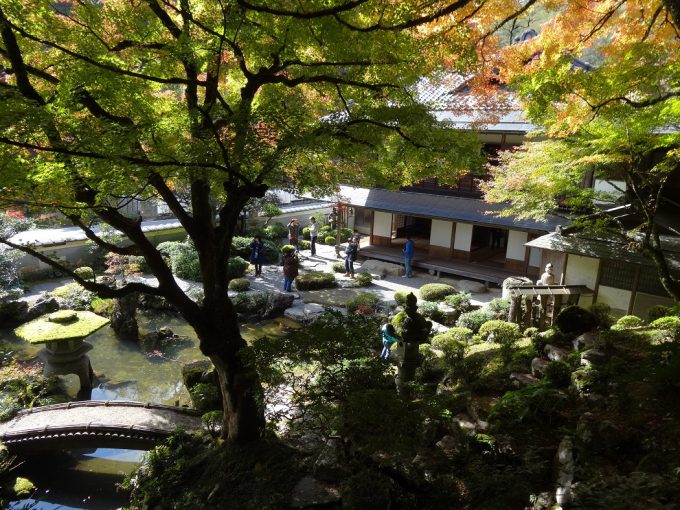 On of the greatest attraction of the Hori Family Mansion is the Chisen Kaiyushiki garden, with the hillside as its backdrop. In the middle of the garden is an ancient maple tree about 300 years old. The plum blossoms in winter (early spring), cherry blossoms in spring, the irises in summer and the narcissus in autumn colorfully display the elegance of each and every season. 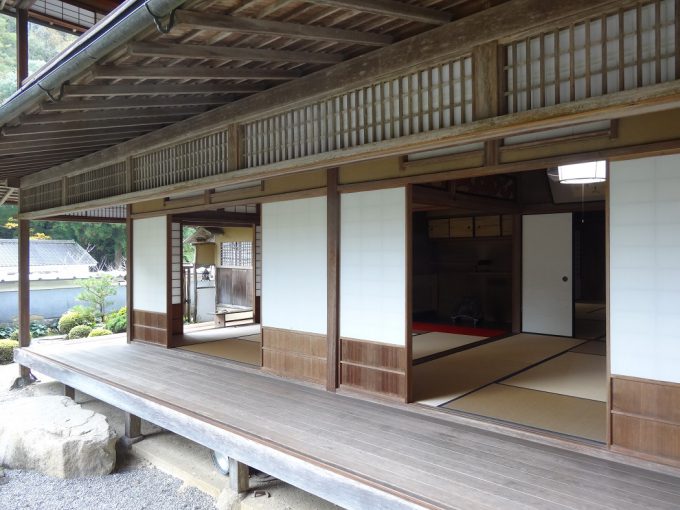 The guest house, “rakuzan-so” was built in the Shouin-dukuri style in 1897. It is said to represent “tenchi“, meaning heaven and earth. On the first floor, which symbolizes “the joy of the earth”, radishes and turnips have been carved onto the  ranma (transom, partition above the sliding doors) made of pine, and on the second floor which symbolizes “joy of the heaven”, pictures of swallows and ivy have been painted on the ranma (transom) and the carpentry technique in crafting the tsuirdoko in the six mat room has been highly regarded. Furthermore, the threshold of the tokonoma (alcove) of the eight-mat room in the rear of the 2nd floor, has been inlaid with gold leaf, and is called “kinzoukan“, which means gold inlay.

The view of the garden from either the first or the second floor is breathtaking. And from the second floor, you can also enjoy the of the Japanese garden, “Wa-raku-en” which lies just across the road.