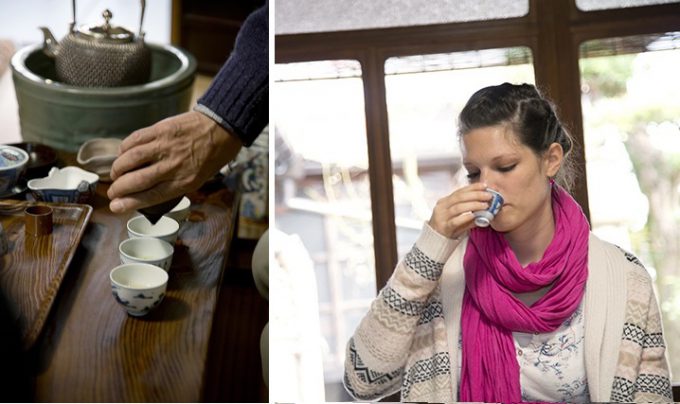 In Tsuwano, there is a chance to experience Sencha tea ceremony. This tea-ceremony is different from the popular match tea ceremony, which is referred to as “Japanese green tea ceremony”. In matcha, the leaf is powdered and mixed with the water, thus one consumes the leaf too.

In sencha however, the tea leaves are infused in hot water, and served in small but strong portions. The tea leaves used are high-grade gyokuro sencha, which unlike regular sencha, is grown under shades to bring a sweet flavor to the tea.

There is also Japanese small cakes and sweets served just before the tea, to emphasise the taste of the sencha. 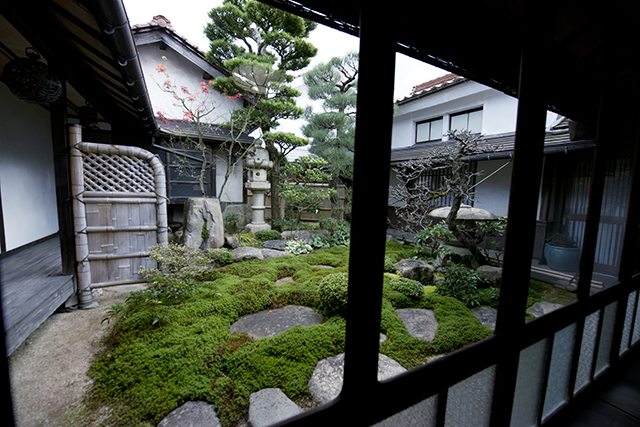 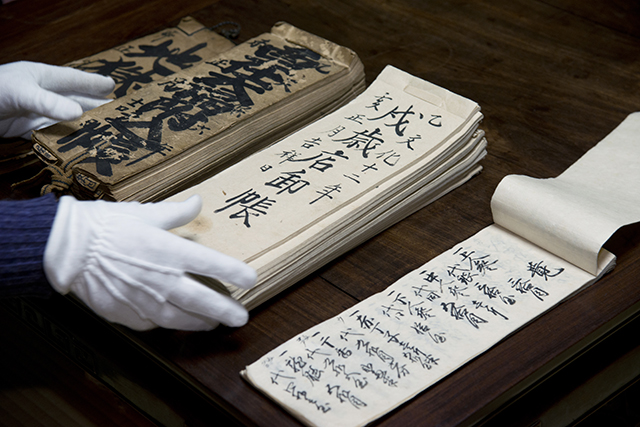 The owner is happy to introduce the history of the house, which was prospering candle and fragrance store, as well as the history of the town. If we are lucky, he might even show us the old register of the people, who have forgotten to pay for goods, more than a 100 years ago. (A good level of Japanese language skill or an English guide is recommended). 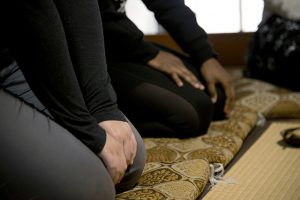 While the tea ceremony is performed according to the rules, with detail to even small movements, the atmosphere is usually casual, and one is allowed to change into a comfortable sitting position, if the Japanese seiza sitting proves to be difficult.

During the tea ceremony, the names and story of the tools are also introduced to us, to better understand the reason behind the small movements. 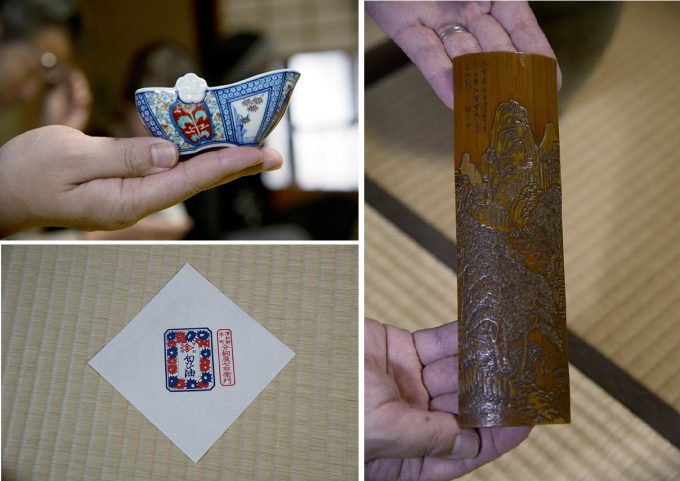