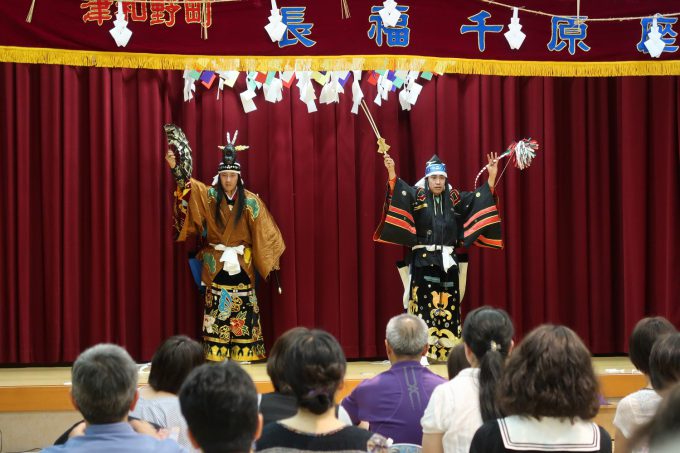 Kagura is a Shinto theatrical storytelling art, still preformed in certain parts of Japan. It tells the stories demons being defeated by gods, demons, which were linked to floods and droughts ancient times. Through the performance, a prayer is offered to the gods, to have a safe and plentiful year, with blessed weather.

The old country of Iwami, located in west Shimane prefecture, has many groups of Kagura performers, preserving the history of this dance and music ritual.

During the summer there is a special Kagura performance at night, held in the shrine of Taikodani Inari Shrine, one of the most important Inari shrines in Japan. 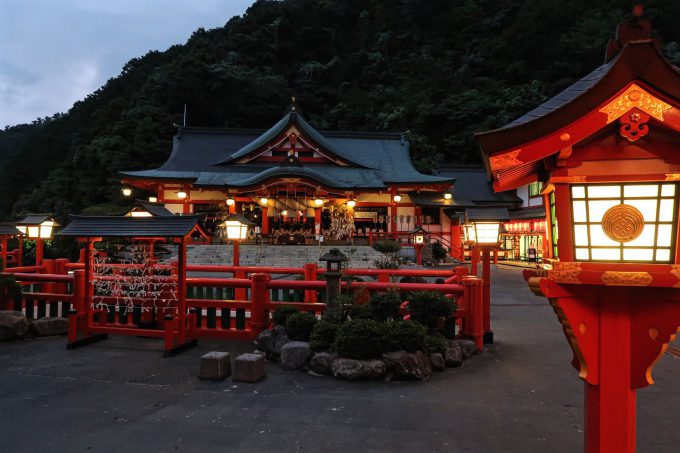 The atmosphere of the event is surprisingly laid back, it is rather a gathering of locals, from small children to chatting elders, everyone sitting on the floor, wherever they please. 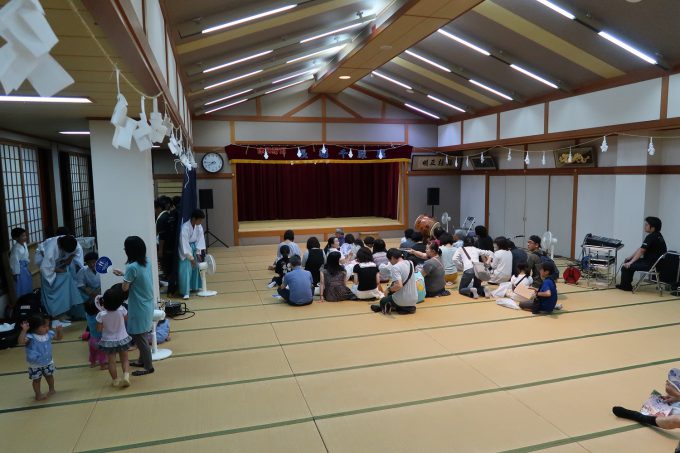 A confrontation between gods and demons. The Emperor Chuai and his warrior protects Japan from two demons, using bow and arrows. (If you are with small children, it might be better to sit far from the stage, as the children might get scared) 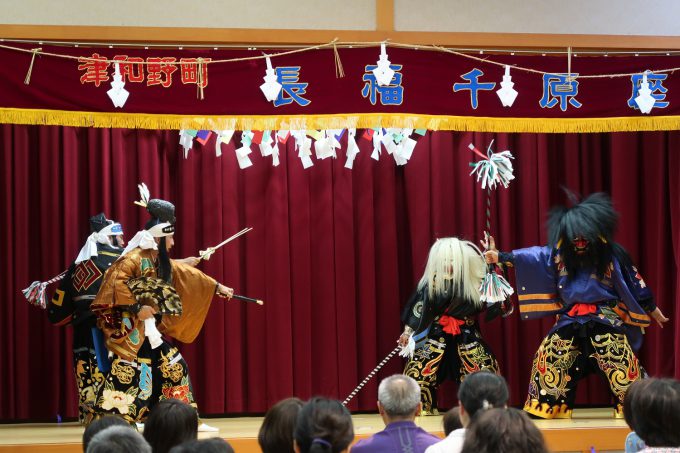 Tenjin (Sugawara no Michizane), the God of Scholarship, was betrayed by his rival Fujiwara. A battle starts between the two, with quick moves, and a surprising twist. Watch closely, as the dancers (fighters) appearance changes. 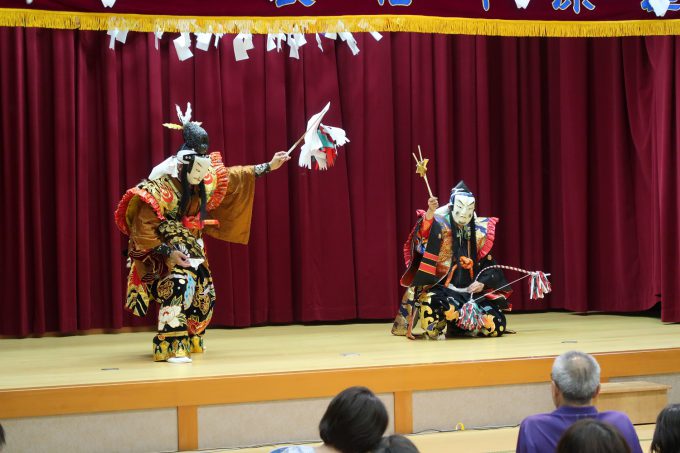 Ebisu, the god of luck and merchants, starts fishing for sea bream. A rather charming and cute performance, loved by children.

A story of an 8 headed serpent, which takes the daughters of farmers every year. The hero, Susano-no-mikoto comes to the rescue, and after feeding the serpent with poisonous alcohol, the battle begins. 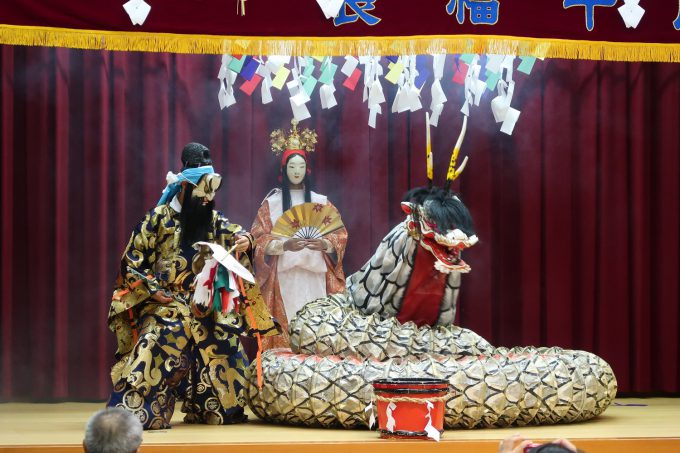 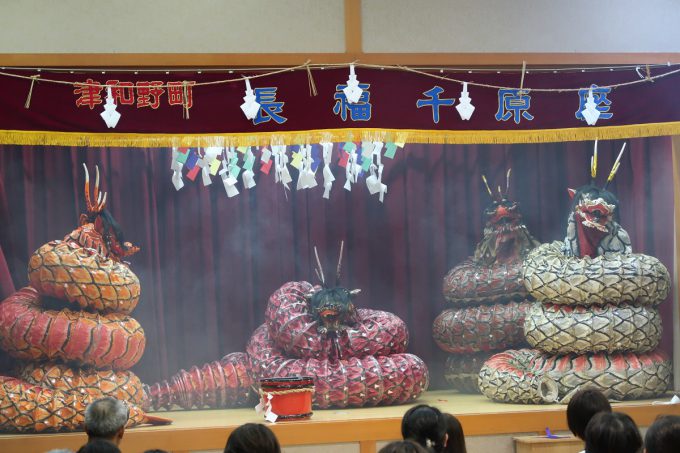