Taikodani Inari Shrine is a famous shrine that is located on Shiroyama (Castle hill). It is said that if one prayed here after having something lost or stolen, the lost or stolen item would be returned. Many people paid their homage here, and the shirne’s fame reached even into Kyushu. It is one of the 5 most important Inari shrines in Japan, and the second most important religious place in Shimane Prefecture.

It is already depicted in the Tsuwano Hyakkeizu (Than and Now, 100 views of Tsuwano) from around a 150 years ago, but at that time it was rather small shrine. With the opening of the Yamaguchi Line in 1911, the number of worshippers grew and the shrine gradually expanded to the form it is in today. 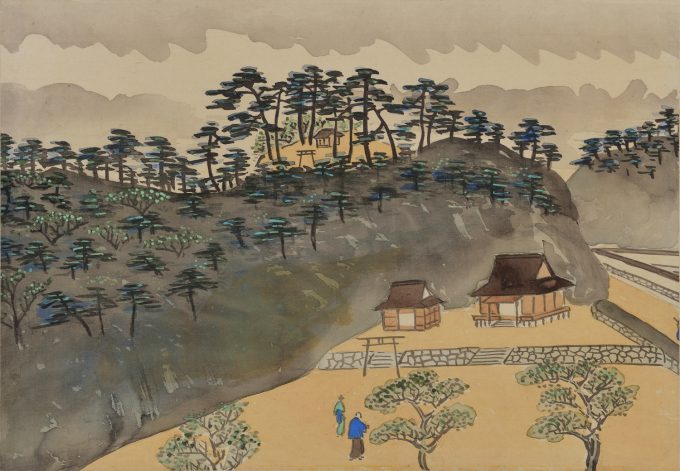 No. 21 Taikodaniinari-jinja Shrine (top centre of the drawing)

The journey to the shrine starts at the bottom of the hill, walking up 720 steps through 1000 vermilion torii gates. 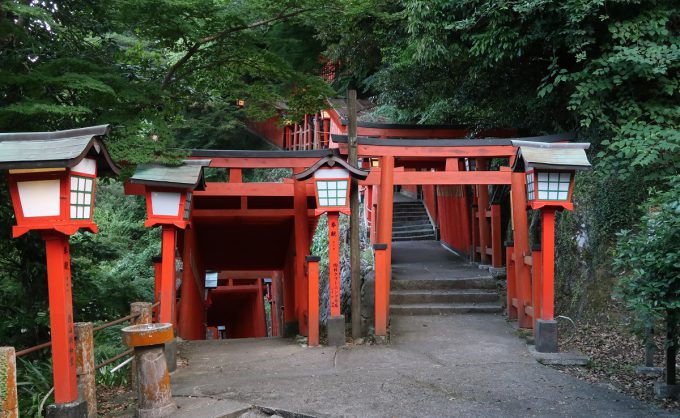 The lanterns are lit during the night, which, from far away, gives the feeling of fireflies sitting on trees of the Shiroyama hill. 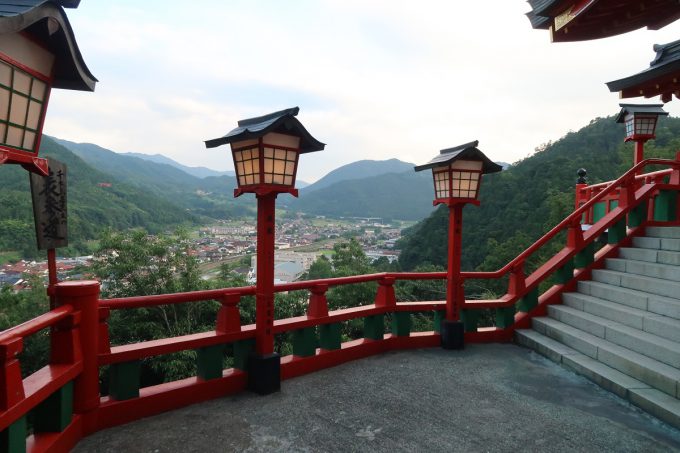 Reaching the top, you can see the main shrine in front, and the ceremony hall on the right. There are two hidden small shrines too, but you have to search for them. 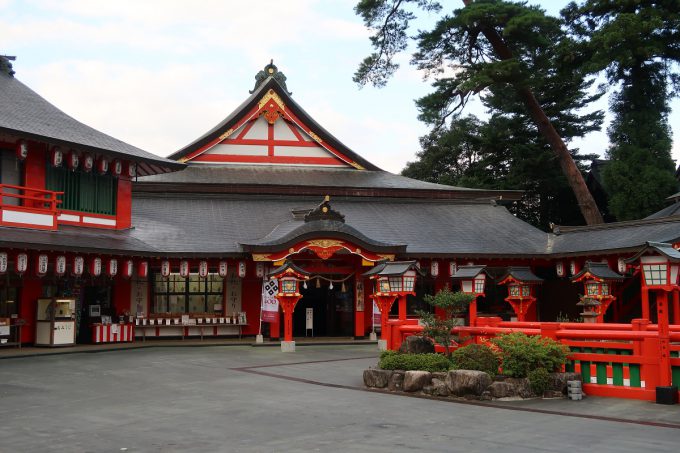 The view from the platform is magnificent, the mountain range curving together with the river up stream, forming the valley of Tsuwano. Below across the river, is the part of the town where the high ranking samurais lived. The name of this district is Nakajima (changed from naka-shima, meaning center island), which can be traced back to the Edo period, when it was fortified with a moat, making it an artificial island.

This map, drawn by the same Satoharu KURIMOTO who draw the Hyakkeizu, shows the Inari Shrine (circled) and the Nakajima area (highlighted). 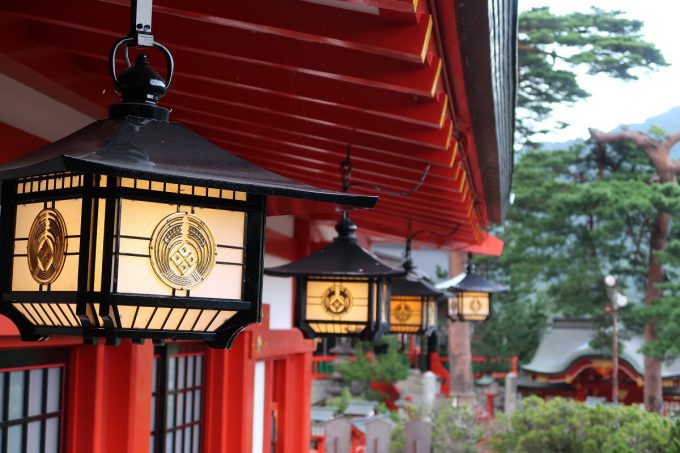 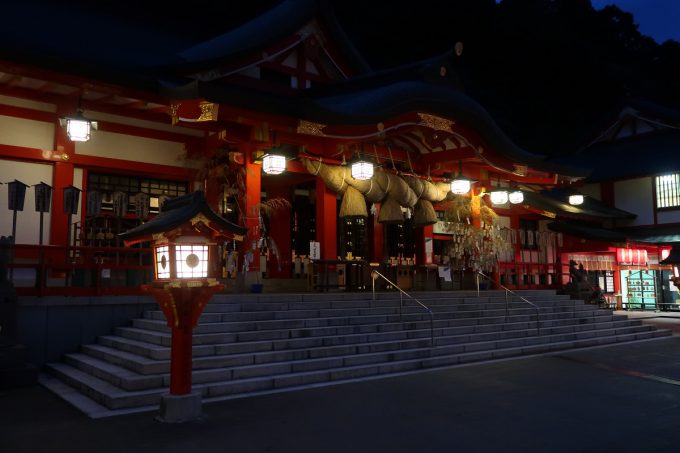 Main hall with the lit lanterns

The main shrine with the lanterns lit. In summer, Night Kagura (theatre for the gods) is performed in the event hall of the shrine, which is definitely worth a visit. It is one of the unique features of Shimane, a long standing Kagura culture, with many preservation societies still practising and performing.
More details about Kagura here: http://tsuwano100.net/nikki/1776 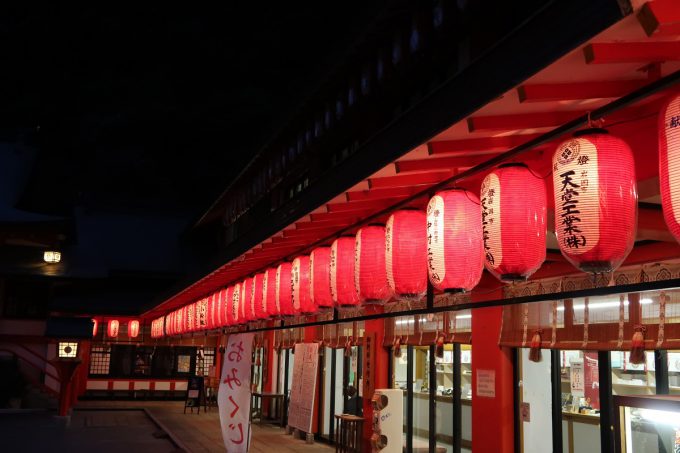 Aka-chouchin (red lanterns) hanging outside of the event hall.